Key Projects Shaping the Future of North Wales in 2019 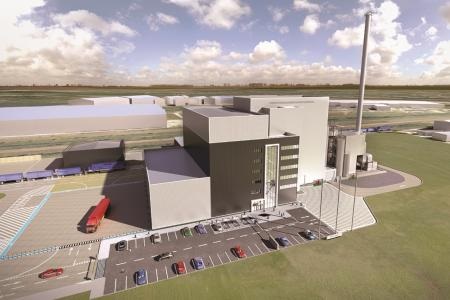 North Wales is all set to be in the limelight. Thanks to the innovative civil engineering North Wales team; there are some critical projects lined there which will not only boost its economy by providing numerous jobs and attracting many businesses but will also pave the road for its flourishment. Let’s check out a few projects.

Surf Snowdonia and Hilton have more or less come to an agreement to open a 106-bedroom Hilton Garden Inn just adjacent to the Conwy Valley surfing lagoon. They also plan to open a ‘wellness spa’ and conference facilities. Offering plenty of indoor and outdoor activities along with an ‘Adventure Concierge’ for off-site adventures; the project would not only add over 100 jobs but is bound to attract a major chunk of tourists as well.

Another mind-blowing opportunity has been initiated by the UK and the Welsh government.  With an aim to build the nation’s nuclear new build program; they have asked the UK Atomic Energy Authority (UKAEA) to develop the design of the national thermal-hydraulic research and testing facility which is estimated to cost around £40m. The project is supposed to start at Menai Science Park in Gaerwen on Anglesey. A research center is also supposed to be built up here. The entire project will first create around 30 jobs, and then the research might trigger plenty of more jobs.

Another huge project is the building of the bypass between Caernarfon and Bontnewydd. The project is estimated to cost around £135m and supposed to create over hundreds of jobs and boost the local economy notches higher. Under this, a six-mile road is proposed to be built from the Goat roundabout on the A499/A487 junction to the Plas Menai roundabout. Apart from relieving the traffic issue; it’s economy boost perspective is exciting.

To help bring more tourists to the seaside town of Rhyl, the SC2 water park that saw an investment of £15m would open by the end of this year. The people are also hopeful that the new Travelodge hotel containing 73 rooms will open in 2019 and so will the Johnny Dough brand restaurant. There are also talks for new retail stores to open in Rhyl on Marina Quay. All of these new additions to the town will ensure that that the seaside town is able to regenerate.

A new research facility is also coming up in Broughton, and the Welsh Government has also pledged to invest £20m for the project. The Advanced Manufacturing Research Institute facility will open its door soon and is expected to bring in gross value of £4bn in the next 20 years. The University of Sheffield Advanced Manufacturing Research Centre AMRC will look over and manage the facility.

Another project that is set to transform the rural economy of North Wales is the Glynllifon Rural Economy Hub costing as much as multi-million pounds. The facility will open at the Coleg Glynllifon campus near Caernarfon and will support the local businesses here. The entire project will contact a Food Enterprise Park and a Knowledge Centre to help local enterprise with innovation for their growth.

There are other projects as well underway which promises to change the landscape and economy of North Wales.