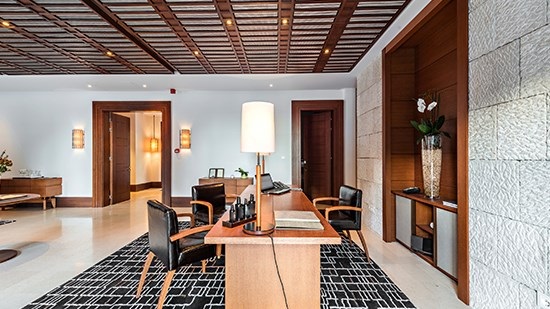 STEP 1: HOW TO DETERMINE THE HEIGHT OF THE CEILING?

The first step is to determine the height. Measure the height six inches down from the lowest protruding structure or mechanical equipment. Make sure that you mark the height on the walls at several different locations. In order to check the level of the perimeter, take measurements from each point that has been marked. You could use chalk to connect these marks.

To install the perimeter, align its bottom with the chalk lines which you have marked in the first step. 6D nails can be used to install it in. Make sure to nail it to the stud through the centre of the moulding. You can make use of a muter joint for the outside corners and a butt joint for the inside corners.

STEP 3: INSTALLATION OF THE RUNNERS AND THE CROSS T’S

The main runners runs along the length of the ceiling, whereas the Cross T’s are to be perpendicular between each pair of the runners. Eyebolts are attached to every third exposed wooden floor joist, making your runner installed at four-foot increments. If the floor above is a bare concrete surface you can use masonry screws. The next step is a suspension of the 16 gauge wire from the eyebolts and inserting them into the perforations along with the main runners.

The string line is to be stretched in between the parameter mouldings at the lower edge. Use this as a guide to ensure that each runner is installed at the same level. The Cross T’s have to be installed into the pre-made slots alongside the runners at an interval of two feet. Make use of the wire cutters or tin snips to cut the cross T’s, if the end panels are lesser than the full panels.

STEP 4: INSTALLATION OF THE CEILING PANELS AND ALLOWING FOR OPENING

Now the metal grid has been installed, the ceiling panels are simply to be dropped into their place from the above. If required, make use of a utility knife to trim the panels partially along the perimeters. While placing the panels into the grid, make sure that there is enough room for openings in the ceiling, like diffusers or grilles. After that, mark the position of the diffuser on the panel.

It is crucial that the ducts are extended down to just above the ceiling panel. After placing the diffuser on the panel, trace it around the shaft. Make use of a utility knife to cut the opening and leaving the finished side facing upwards. After putting the panel in place, fit the duct through the opening. Lastly, install the diffuser on to the duct.